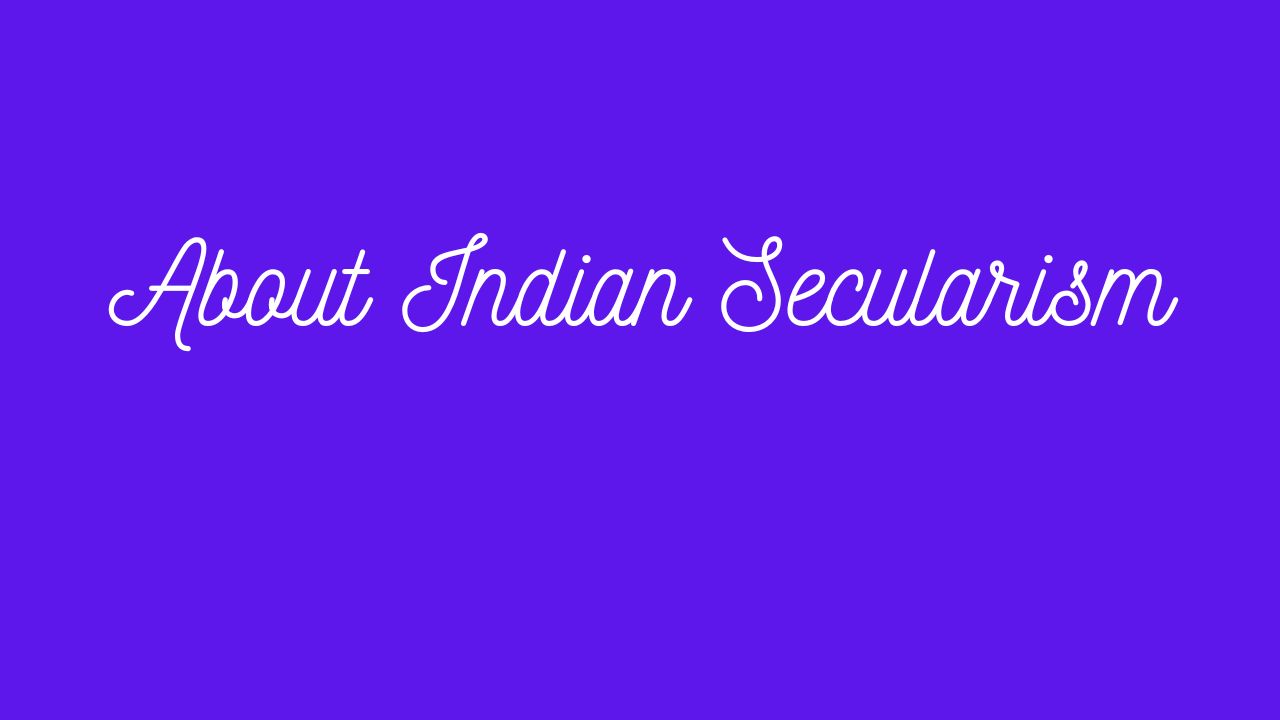 I was thinking, as a society and as an individual
how low we will go in our thinking?

Although I couldn’t define
Indian secularism correctly
yet I have found some signs of Indian secularism.
If you want to add then feel free
to write in the comment section

The above equations are hugely messed up!

Whatever good you can see in Hindu society that is secular
and whatever bad you see that is Hindu communal.
I am not pointing a finger at any other religion
but our own so-called educated, English educated,
so-called scientific and creative mind journalists,
poets, artists, authors, columnists etc
are a party of this thought process.
Now when there is darkness under a big lamp
and the lamp doesn’t recognize this then what to do?

On top of that our over-enthusiastic people
claim so many things in the name of Hinduism
which is difficult to prove
and it puts others in a defensive position.

Not sure, in what bottomless pit we are falling?
Without applying mind, if we keep doing this
then there is no hope as well.