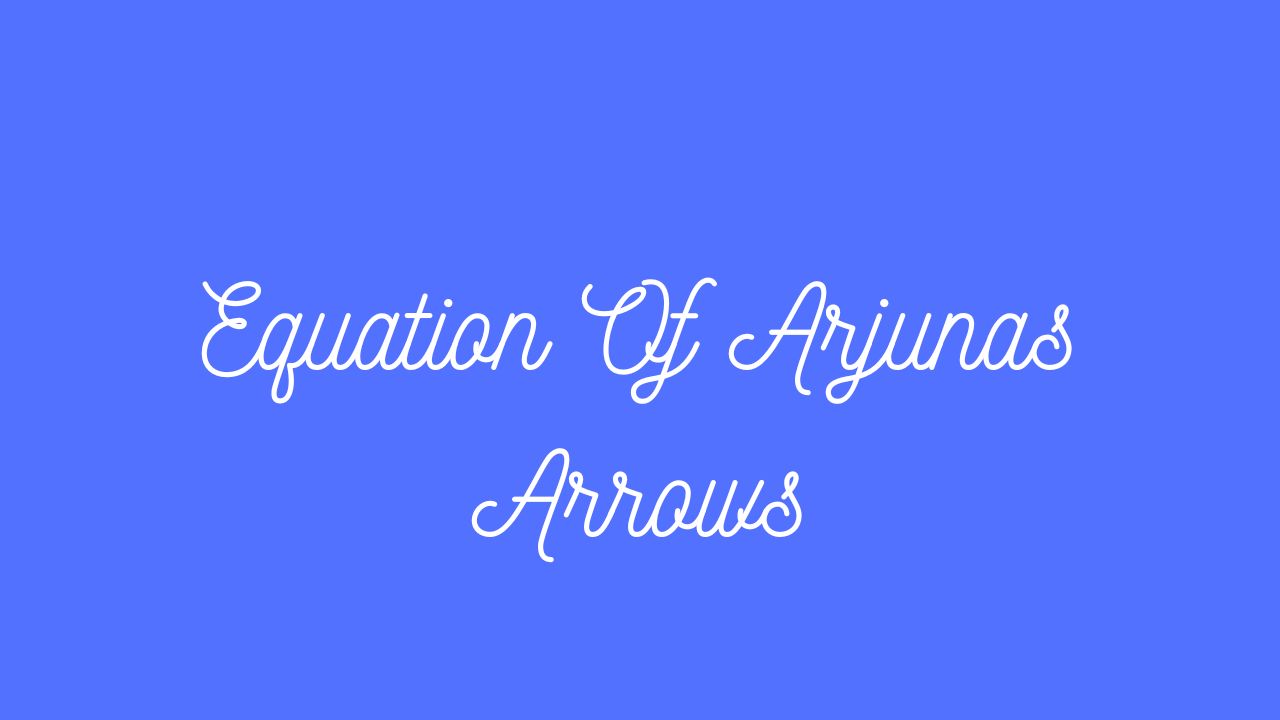 Bhāskarāchārya (1114 -1185 CE), has been called the greatest mathematician of medieval India. And is considered the progenitor of Differential Calculus. He was 500 years before Newton and Leibniz!

Bhāskarāchārya wrote at least four mathematical treatises in Sanskrit. One of them, titled Leelavati, contains many algebra-related teasers, which have become the subject of significant research by scholars. These teasers are in the form of shlokas which pose the problems. The shlokas need to be interpreted correctly to decipher the meaning in order to find the solution.

In the 70th Shloka of Leelavati, we see equations related to Arjuna’s Arrow.

The direct meaning of this shloka is a question formulated as follows:

During the battle between Arjuna and Karna in the Mahabharata, Arjuna released some arrows, out of the released arrows:

If we formulate this equation correctly, then the basic algebra easily yields the answer to this question,

Solving the above, we get the value of X=100 for the total number of arrows shot by Arjuna.