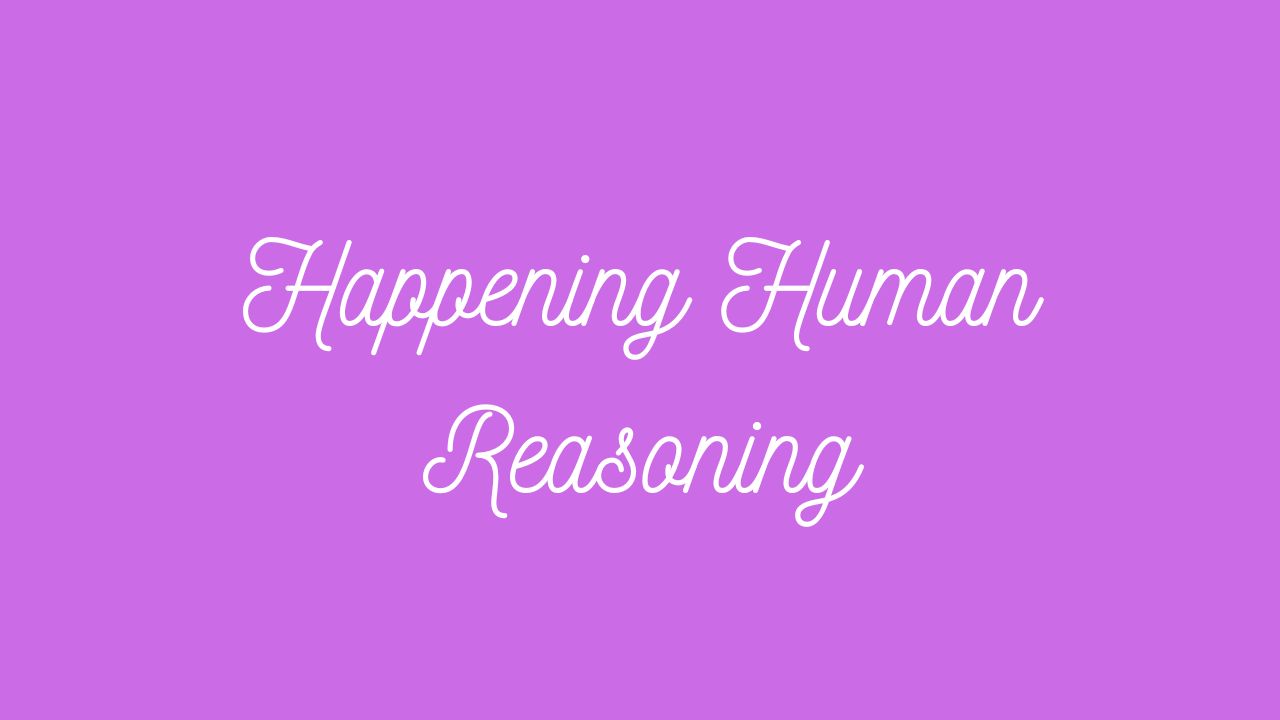 Think about any ten unconnected things.
Connect them all in a half-page story.
Any human can do this.
Children can do it better and faster.

A small patch of white clouds in the sky,
a crow in the nest, a snake crawling to cross the road,
a man going to home in his cycle,
the day is Saturday, time is inauspicious Rahukaal,
man listening to a lovely old song from FM radio.
What is the connection between all these?
Who gave meaning to the time that it is good and bad?

It shows immense imagination power of the mind,
this kind of mind rests in the human.
Scientists try to guess some number
but no one truly knows how much memory a human mind has.
No one knows the elastic limit of the human mind.
Elasticity to imagine, dramatize and think.

This capacity gives human an ability
to create a reason for any happening.
We debate, argue, and have an immense desire
to win after convincing others.
In fact, human consider that the greatest winning
than other physical war and winning.

Those contemporary minds
which are able to convince others for something unthinkable
and show them the path
to come out of their current problems
they are called the prophet, lord, son of god, gods, avatar, and leaders.

Every death has a cause.
But there are some who suspect everything.
They say the cause of death is murder.
And the cause of the murder is something else
and reasoning keep going endlessly.
One day they can prove also that
death is not natural but a murder.
After all who knows the fact?
Even a person may have died without knowing!

The “murder” is equivalent to “cause”.
They try to reason out everything.
Why human looks so helpless
when s/he feel something happened
but the cause is beyond the apprehension
of any living intelligent being?

Human reasoning is fine
because it’s part of human design
but can’t things simply happen without any reason?

Some human are so convinced that
even leaf fall from the tree because of God’s wish or
wind’s force, or gravity etc.
Cannot human come to term with nature and
surrounding and say it happened because the time has come.

When the time comes to happen something
It will happen and people can build the reasons
to convince himself or others.
Can’t we agree that time is the only reason
and all other reasons are the creation of human intellect?

We find joy in reasoning.
But, does reason really matters and important in nature?
The human mind will always say yes.
That is why he is able to discover
so many mysteries of nature,
travel in space, go to mars and the moon.
Create laws, rules, systems, and processes
to manage the surrounding in a better and predictable way.

But there is something in existence
that fails every human reasoning.
When that power wants it will happen
and human is like a helpless small insect
in front of that unseen, unseeable but humongous power

You can call it whatever you want.
You can attach whatever shape,
color, personality, emotions
you want to attach this.

But, think and reason it out
how can you influence this mammoth
one power of the whole existence?

Your morality, meditation, prayer,
community work, social service
All is either for yourself, your family,
your society or your nation.

That power, which governs the existence
is not even aware of that
in this infinitely vast cosmos
Some kind of insect calls himself human
in some part of this multiverse looking for my favor!