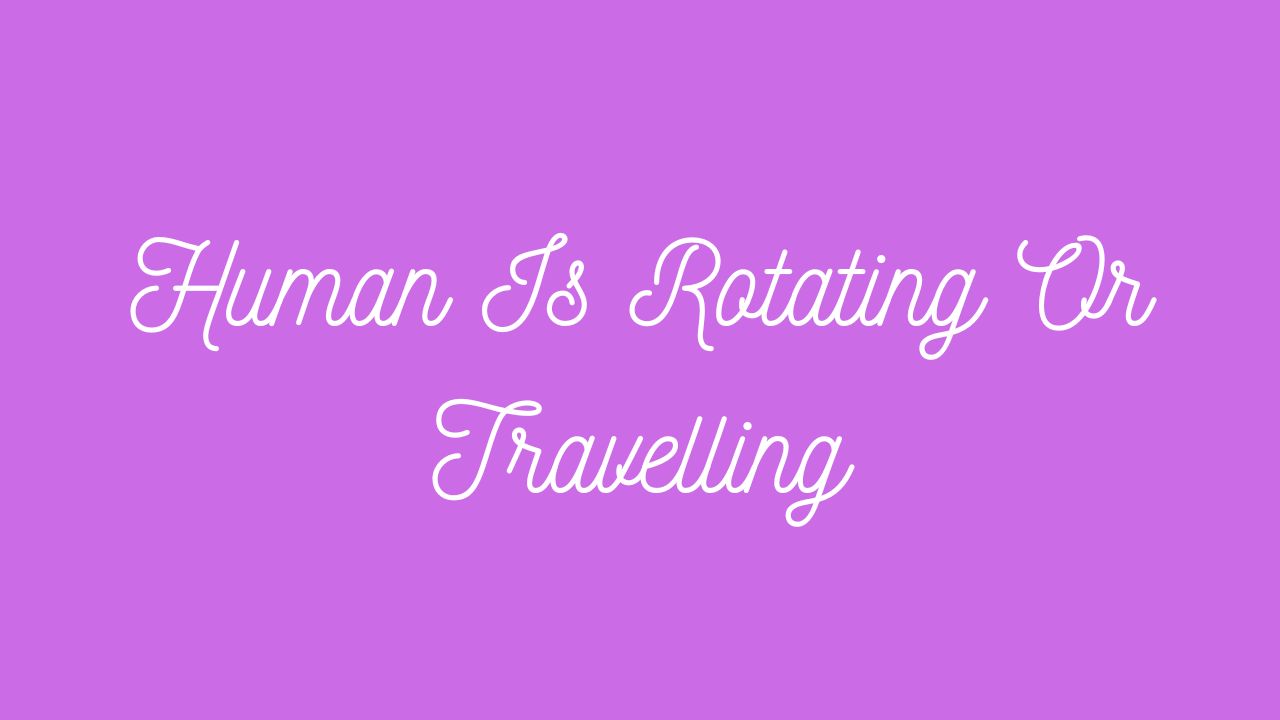 Human Is Rotating Or Travelling

When stars and planets walk in the space
we call they are rotating around something else like earth or sun or galaxy.
Why their movement is called “rotation”
and not the straight-line traveling towards the goal?

Because we are watching them for long
and it looks as if they are not going anywhere.
But, did we asked them?

It may be that they think they are going in a straight line
and their life has a purpose!
Sometimes traveler doesn’t know
but observers know where the traveler is going.

We humans also do the same thing.
Rotating on this round planet for a maximum of 100 years
and we think life has a purpose and we are going in a straight line.

Ask someone who is outside
and observing humans from a far distance
the way we observe spatial objects.
It may be that we are doing the same thing
as we think about planets.

What is the truth?
Rotating around or going in a straight line?
We all have assumptions and beliefs
but no one knows about the direction of human movement.

Do you think the creator knows the answer with certainty?
Don’t ask me about the location and direction of the creator!