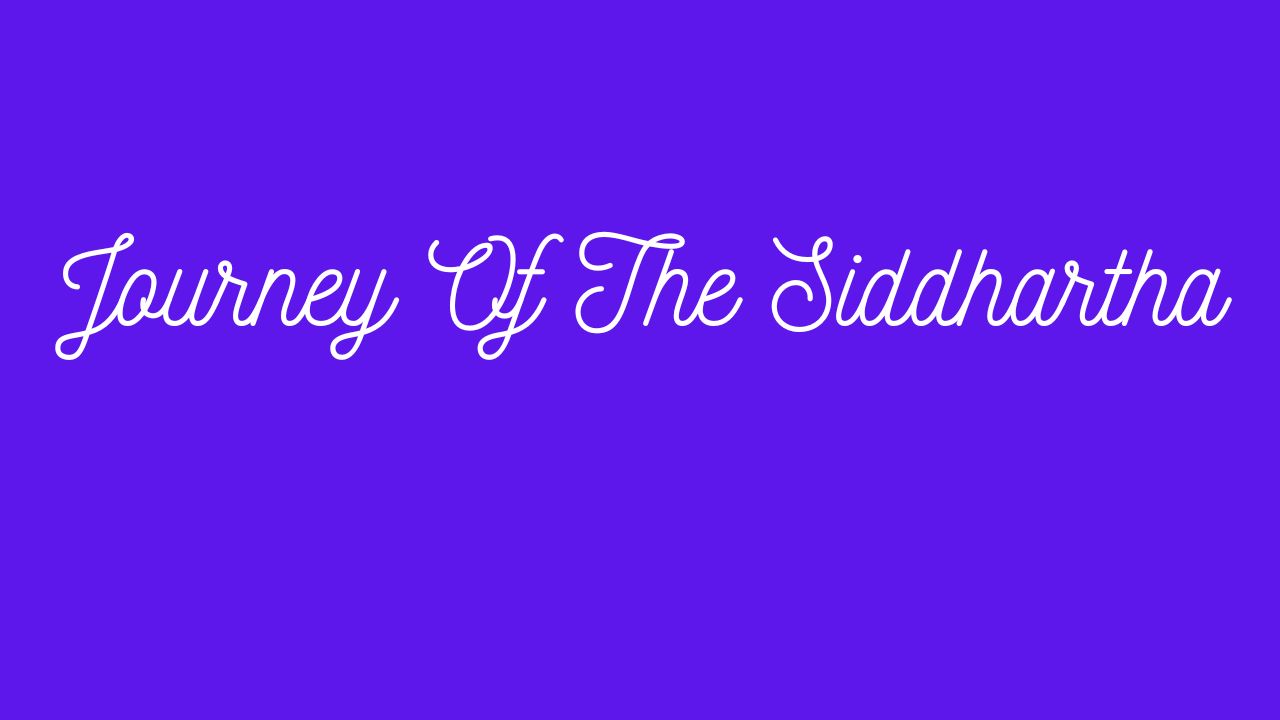 Journey Of The Siddhartha

The world around us has mysterious ways,
to teach some deeper lessons of life.
In ancient time there was a Siddhartha
He was a prince and had all luxuries
At his disposal to enjoy the life
But, he saw suffering and Dukkha
In a certain way of living
and started a journey
to free from the clutches of Dukkha.
And he became The Siddhartha, The Buddha.

Then a came time when
Mother started naming their children
Siddhartha, Buddha, Tathagat
They thought their child will live
like a feather, untouched from the gravity
of the suffering from the world around.

All kind of education and training was
Given to children so that they can live
A wiser life than their older generation lived
But, where is The Buddha in us?

Society has seen many great people in the last 2500 years
but a name who had everything of the world
and chose to live life with nothing is nowhere.
Was Siddhartha a fool to choose that way of life?

New age Siddhartha choosing the reverse way of living
From beggar to the king, nothing to everything
Unknown name to omnipresent name
After earning all this,
One day, disappear all of sudden.

O Pratibimba! I want to know
What is wrong with the new age Siddhartha?
Is success that bad?
Is money so bad?
Is working hard for making life better bad?
Is working for passion is bad?
Is greed bad?
Is a desire to be the best, the first in the world bad?
Older Siddhartha has taught us Nirvaan marga
New Siddhartha is teaching us what?

Pratibimba is sad and silent today
Not spoken any word to me
But, I am realizing nothing of the above is bad
After all, in this world, there are many kinds of people
who live and finally leave one day
Some ceremoniously some unceremoniously
How will a person depart,
this is in the hand of the unknown.

But try to live in a sensible way
A way of Middle Path, Madhya Maarga
Which come from the teaching of Older Siddhartha
But new Siddhartha chose to ignore
Being in business, profession, family
We need to understand the messages
From both the Siddharthas.

What is the message of Siddhartha VG left for us?