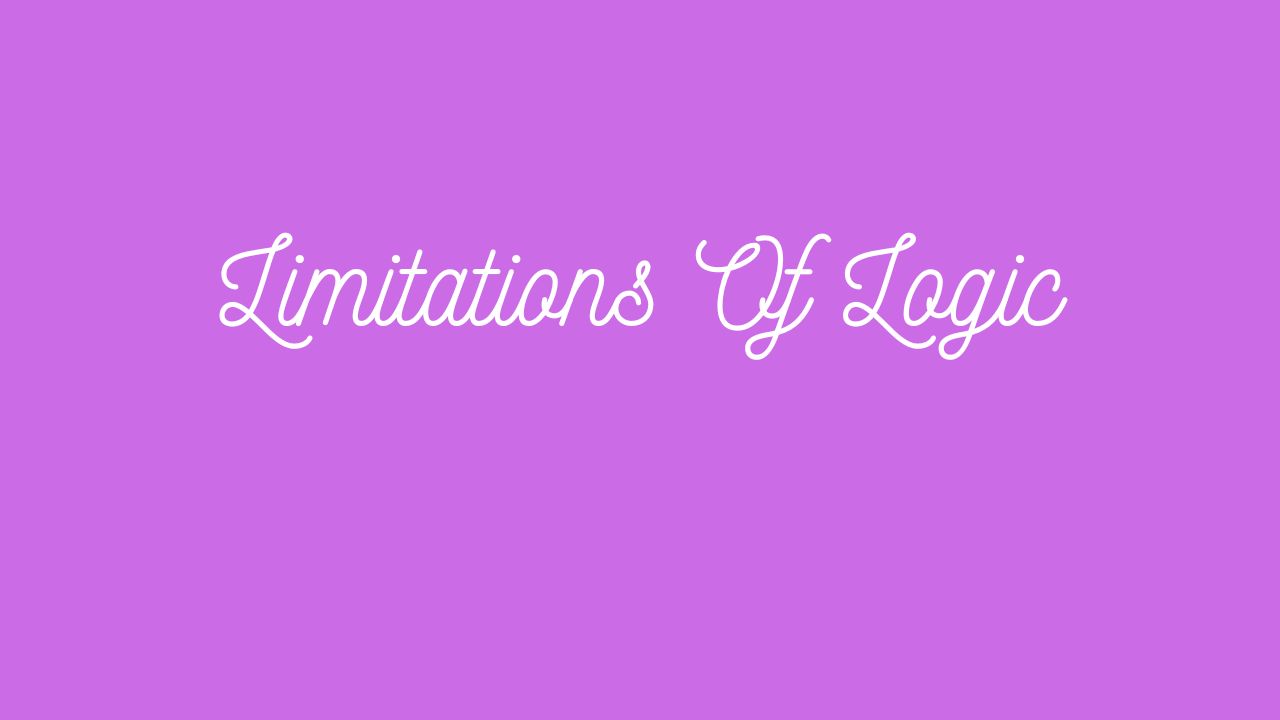 Logic is a lately developed human phenomenon.
But in reality, there is no logic anywhere in the existence.
Humans give meaning to life.
Humans give names to happening.
Humans try to understand happening through a logic system.

Human is mad for logic.
Events in the surroundings and nature are happening
because of unknown reasons.
Humans get frustrated by this unknown
so they seek logic for everything.
Some people, out of these logics, come up with physics or chemistry.
Some who fail to understand the phenomenon handover the happening
to God and say God created, God knows, God is great.
Humans have created many useful things
from logic and science.
That is why we are so much
advanced culture in the 21st century.

But neither science understand the
existential phenomenon fully through logic
nor believer’s god knows.
Life doesn’t work that way.
You seek logic in creation,
but creation is beyond logic, alogical not illogical.
But, people seek logic for everything.

You try to know the logic.
You may get an answer.
But Validate that answer.
You will know, people do all kinds of things
with the same condition and logic.
So logic doesn’t define everything.

Ask yourself why there are Jails and
Mental asylum in this world?
How many are living there?
Those who inside feel
outside people are bereft of logic
I did something because of ABC logic
and they put me here.

Cannibals are normal people.
They also have hunger and thrust.
When they are hungry they feel lazy
to go farming or animal killing.
It is easy to kill who is sleeping next
to eat and drink his/her blood.
And we know cannibals also do their business with some logic.

Cannibals have their own set of logic,
which is incompatible with others.
Like our Afghanistan or TTK Taliban gentlemen.
Ask them why are they creating havoc on the planet
or for their own fellow citizens?
And you will get logical answers from them.
It is different, it does not fit into your logic system.

Oh Pratibimba, did you follow
how the events happen around us independently
but humans associate every event to logic?
Some event happens first and
then human follow it with logic.
People proud of their logic say
every happening must be followed by a logic!