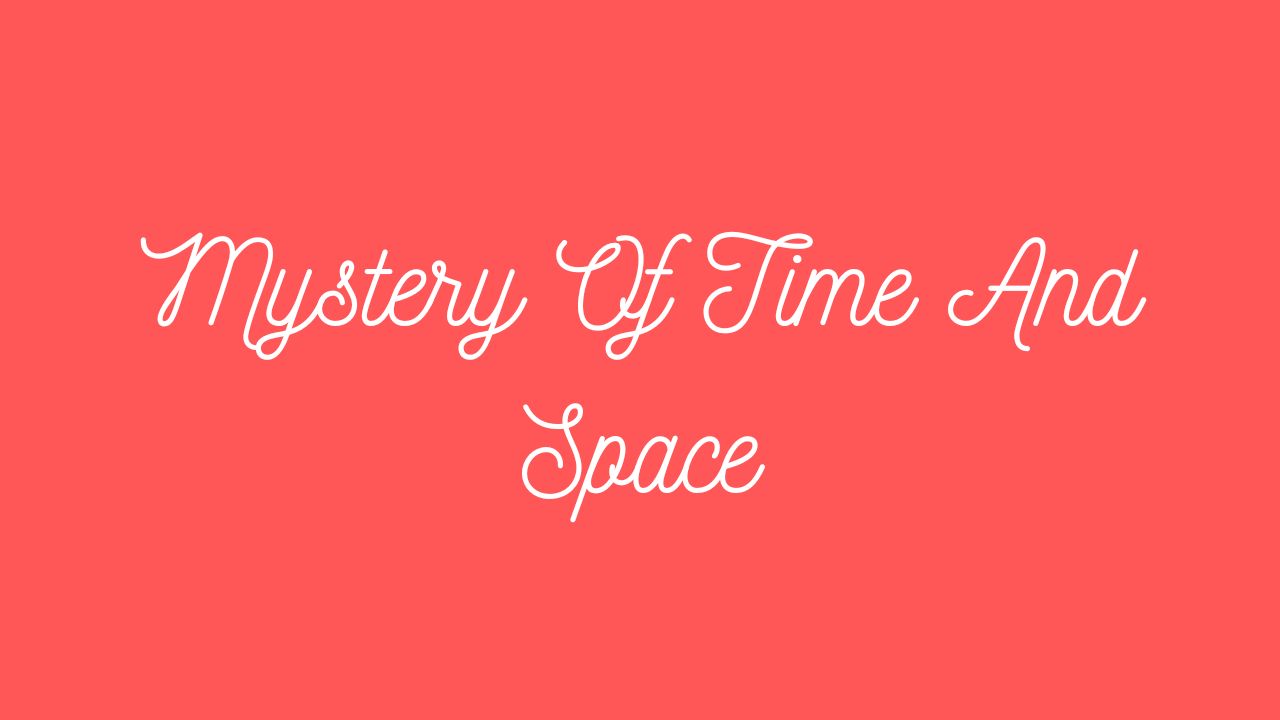 Mystery Of Time And Space

By the time you blink eyes
the present becomes past.
The “present” is so small that
we even do not know how small is that.
This is the reason either it is
One microsecond or one minute or
one hour or one day or one year old, all are past.

Let’s say you have a watch which can
measure microsecond on some wall
A watch is showing the tick of the “time passed”
You even cannot count that
because “present” is so small.

For some creatures, one second is too long
For other creatures, 10 years is too short
In human experience, if 20 static frame moves before us
in one second then we call it is moving,
and we get an illusion of a movie.
20 frames a one seconds means
One frame in 50 milliseconds
There are many lives which have a total life of only 50 ms.
For human it is just one frame
and some life have lived their life fully.

What is that from which “present” takes birth?
Is the time only human and mental creation?
Is time an unreal thing but
serve the real purpose of coordination with surrounding?
If it is so then billions of watches on this planet are
measuring something which only exists in the mind.
It has no physical existence
and it is definitely not showing the “present” time.

For scientists, time is scalar and vector both
Because it moves in some direction so it is a vector.
But we know this move only in forward direction and
this forwardness is so implicit that
we even don’t bother about this aspect
and we measure only the duration that is why it is scalar.
They use a watch to measure the duration and
for doing that they do the round off of time
either in minutes or seconds or anything
whatever serves their purpose.

What is the that “unknown” of which quark is made of?
What is that “field” made of in which
“unknown” vibrates and gives rise to quark,
subatomic particles, atoms, molecules, proteins,
bodies and phenomenon world around?

Science is still struggling to know the answer to this
But, religious people say their god and messenger
have told everything in their holy book.
Meditators get lost in that timeless and spaceless
existence and come fresh to live again.

O Chaitanya, are you a struggling scientist
or a religious person who knows everything
or a child like me who know nothing
about this phenomenal world around
and puzzled all the time
That how things happened and
how it is happening and
what is the meaning of happening?

Until Next Time Stay Blessed