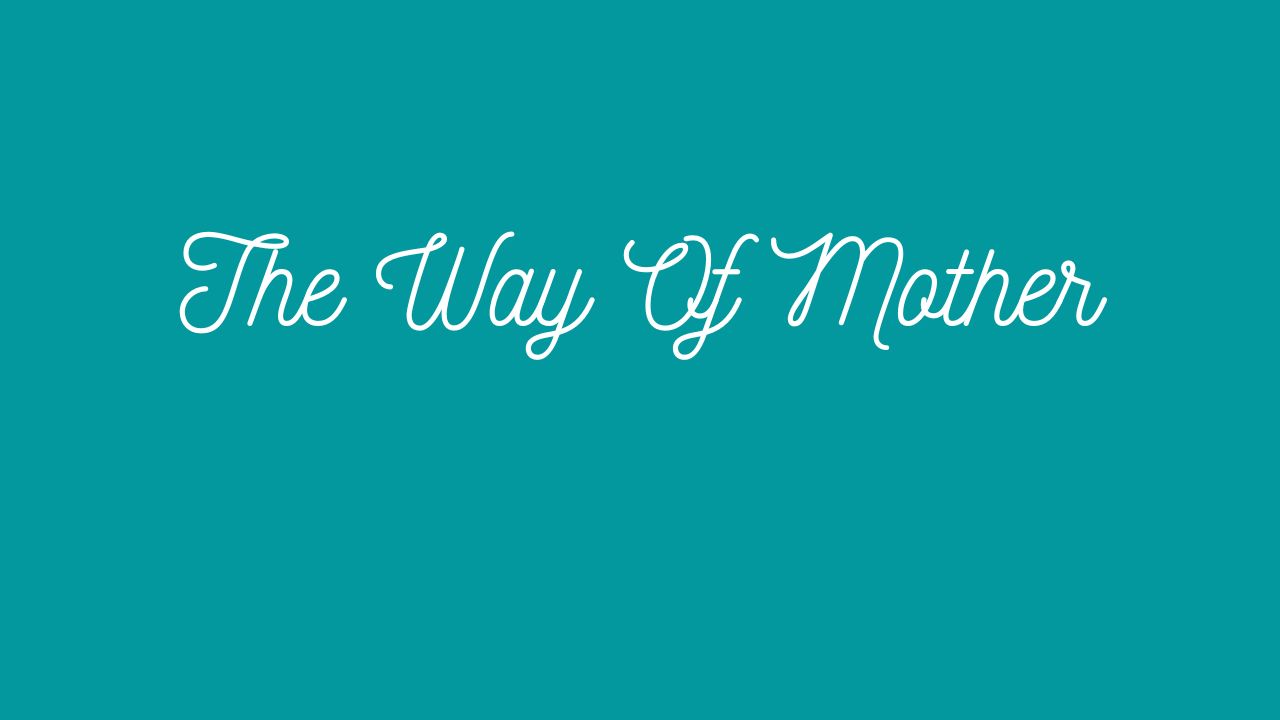 The Way Of Mother

A twelve years old boy in a deep mountain
quite engrossed in his play with crops, trees, mud, cattle, and fountain.
He had a mother and other siblings
His mother used to scold him and sometimes beat him for his mischief.
Boy was very angry and questioned why my mother is unfair to me.
One day he asked his mother. Are you my real mother?
Why do you beat me and not my other siblings?

Mother told him because you are the elder to them.
You should take care of them and not beat them in my absence.
The innocent boy was not able to understand the logic of her mother.
He told me I beat them because they do mistakes.
and elders always beat to young
when they find mistake with young. Don’t you do that to me?
Mother was puzzled.
She told, then I beat you because you are not my real son.
We have taken you from a temple,
you were lying and crying and we brought you home.

The boy went in silence and went away from home
Walking on the thin muddy footpath of the mountain
Rain of mountain made him wet.
But he was madly walking without the awareness of rain.
Thinking, who am I? who is my mother?
why did she leave me in a temple? when will I meet my mother?

This way the sun has set and it became very late in the evening.
His mother was crying and searching for him madly.
The boy came back home late in the evening,
It was pitch dark and the mountain is full of wild animals,
As soon as she saw the boy first she pulled him to her breast
And then all of sudden she took Durga form,
And put a tight slap with a broom she was holding
in her hand on the legs of the boy.

One day his mother falls sick
He took care of his mother and siblings to the best as a small boy can
His mother was so sick that doctors told the family that she will not survive
The boy was unable to understand the meaning of this.
What will happen to my mother? Will she die?
What happens at death? Do people come back after some time?

The boy was so fresh life like Siddhartha, the Gautama.
that he has not seen death ever before.
Nor able to understand the meaning of the word “death”.
The word death took birth in his consciousness.
In his own mood, he started searching for god,
death, return after death, and his own existence
This is the way existence teaching him
and making him ready for the inner dialogues with the mother.

One day when he came back home from the mountain walk
Someone told him that his mother is no more
Earth slipped from his feet
He thought he also has died
Within a few minutes, he touched his own body
and found himself perfectly fine
He cried in silence and ran towards his mother
But mother was not responding
He wept but the first time she didn’t respond to his cry
This is the way of mortal and not of a mother.

Mother was cremated as per the village traditions
The boy kept crying and asking when will you come back.
Probably, some agreement happen between boy and mother
and she told him that I will come back.

The boy stopped crying.
He had twenty-five paise coin in his small pocket
He dug the earth and put that coin
deep inside the womb of the earth
And told to himself that when my mother will come
I will tell her that I knew you will come back.

But, when she will ask me
how did you come to know that I will come back
Then I will dig the earth and show her this twenty-five paise coin
and say that the day you went I put this coin here
Come and see this coin is here.

This is the proof of my belief in you
that you will come back and never leave me alone.
This is the way boy was learning
to communicate with immortal in the mortal world

The boy started growing and every day waiting for his mother
Many times she came into his dream, they talked in length
But the moment he opens his eyes
to run and dig the earth, the mother disappears.

After finishing his education,
the boy went to search for some job for him
He struggled a lot but without much pain
he came out of all the trouble as well
He did very well in his education and career

He chose to remain contented and wise
He lived alone, in his whole life met many people
but could never find the love of his mother
Probably his mind was not ready to give his heart to others.

Maybe he had fear of loss
hence he didn’t give his heart to anybody.
Maybe he still loves his mother so much
that he feels she will come back.
This is the way the boy learned to remain happy
unconditionally and remain committed to one love.

This boy has become old now,
One day I met this boy at one place
And asked him, you are so much successful, why are you so alone?
He told me, who is not alone in this world?
Some are alone in a crowd and
some chose to remain away from the crowd.

He asked me, why we need company?
So that we can live happily with that person always?
He further asked me is this a way of wise
to look permanency and happiness and through a human?
This way the same boy became wise
and lived unperturbed even in the Tsunamis of life.

He told me that one who has taken care of me
up to this point in time
In all ups and downs, good and bad moments,
joy and pain she never went away from my heart

She promised me to come back,
but in fact, she never went away from me.
When I need her badly
I ask her to come and play with me
and I always felt she is around me

Protected me like a divine mother
Perhaps only a relation of the mother can do this
What other company I need
when I have such a strong all time
unconditional companion with me?

Perhaps this is how the mother takes care of her children
Even in her physical absence, no one can pain her children.
This is the way the boy becomes a devotee.
A devotee of a process called life.
A devotee of existence around him,
he calls this The Way of Mother.