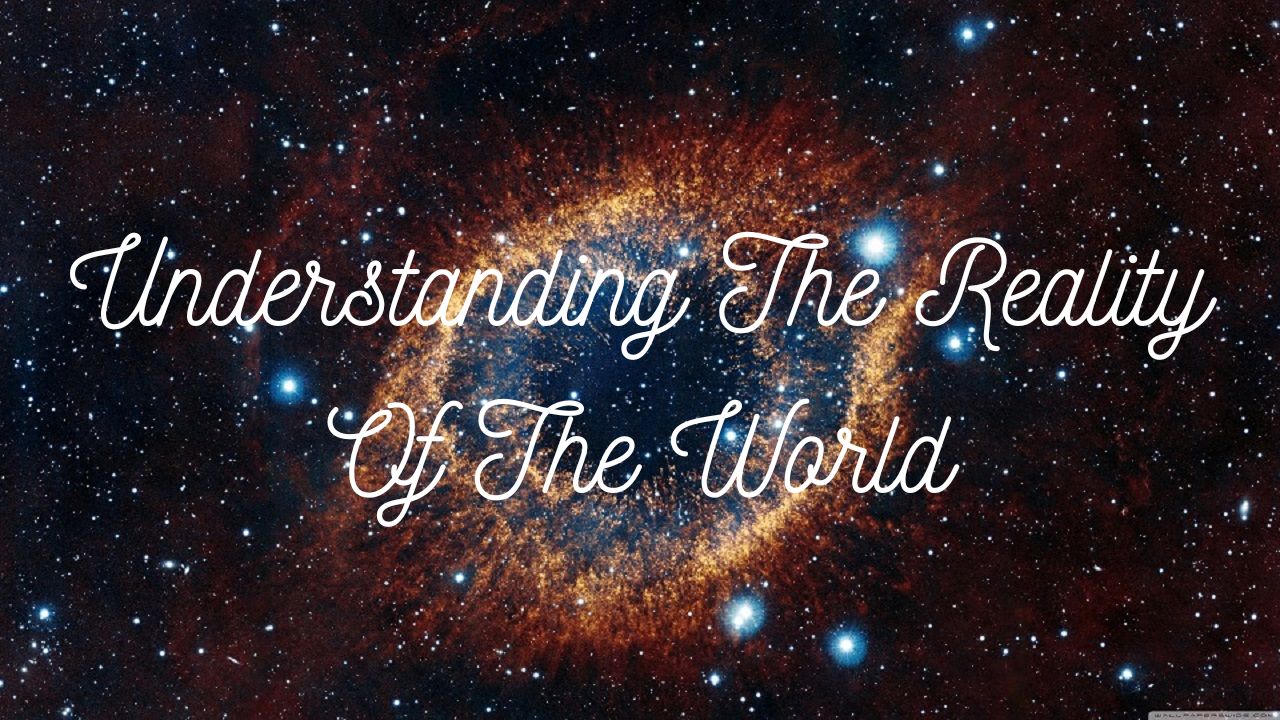 Understanding The Reality Of The World

The reality in the Reflection

I am not sure how many of you will be able to recollect this sloka from Bhagwat Geeta Chapter 15.

This is the first sloka of this chapter and this chapter is called Purushotam Yoga. In our scripture, everything is told in the form of poetry, and therefore many times we get dragged into the rhythm, beauty of words, commandments, prayers, etc. But seldom we dwell in these words which can shake us vigorously. The simple word to word meaning of this sloka is as below.

There is a tree called Ashwath. Branches of this tree are downside and roots are upside. Vedas are its leaves of this tree, that who knows this tree is the knower of Vedas.

ऊर्ध्व= Upside, मूलम्‌=Root, अधः=Downside, शाखम्‌=Branch, अश्वत्थं=Ashwath Tree, प्राहुः=Told, अव्ययम्‌=Eternal |
छन्दांसि=Vedas, यस्य=Of this, पर्णानि=Leaves, यः=That, तम्‌=Whom, वेद=Known, स=He, वेदवित्‌=Knower
Although every chapter, every sloka, and every word of the Bhagwat Geeta is extremely important but in the Hindu tradition, many of the traditional people emphasize the importance of learning this whole chapter which contains 20 slokas. Most of the traditional people recite those 20 slokas of this chapter before taking food, so sometimes it looks that this chapter reminds us about food. Anyway, this was the lighter side of this sloka. Analysis of the sloka is below.

A tree has leaves, fruits, branches, seeds. So this sloka also encourages us to think about all these aspects of this tree. Sloka says leaves are Vedas. But what about fruits? They are Karmafale. What about branches? They are Karma. What about the seed? That is desire. Of whose desire? The desire of Brahman (the supreme reality).
So by doing Vedic duties & worldly karma you nurture this tree. So you get the karma fala in life which you enjoy. Sometimes the fruits are sweet and other times it has a different taste. Sometimes you like the taste and other times you do not. You do not have a choice of eating different fruit than the fruit for which you have done karma. If you do not like fruit then do not blame fruit but introspect your own karma.

Sloka says this tree is eternal. The entire world rests on this tree and enjoys the bad or good fala of karma. This tree is an inverted tree. Have you ever seen an inverted tree anywhere? Go on the river bank, and see the shadow of the tree in the river, it is an inverted tree. So which tree is real the tree in the water of a river or on the bank of the river. So this sloka is trying to tell us that the world where we enjoy karma fala is not the real world. It is a shadow world. The real world is something different. Where is the real world and how far it is away from the unreal world? The real-world and unreal worlds are at the same distance as the shadow of a tree and the real tree on the river bank. They both exist simultaneously. One which is perceived by the physical eyes is not real, one which is known by inner sense is the real. The shadow of the tree does not have its own existence, it depends upon the real tree. This is called Maya. Maya means it exists but its reality depends upon something else. The shape of the shadow of a tree is the same as the real tree. In absence of light, you cannot see the shadow tree but it does not mean that the real tree also has washed away in the river water. But do we have this much time to bother about the reality? We get dragged into the world knowing that everything here is an absolute reality.

Further sloka says that those who know about this tree are the real knower of the Vedas. It means the purpose of the Vedas is to reveal this tree to us. Those who know the invertedness of this tree is not a reality, but there is a real tree that cannot be seen by the physical eyes, he knows the Vedas. We need to understand the sharpest knowledge senses (eye, skin, ear, nose, tongue) of a human can deceive him/her, but the sharpest intellect with a balanced emotional mind that has a strong desire to understand reality cannot be deceived. So the reality of the Vedas cannot be known and enjoyed by physical senses but by pure intellect and pure mind.

In the following sloka, Bhagwat Geeta says that only those who know this tree can cut it. And cutting is the only solution if you want to come out endless life-death cycle and enjoying the good and bad fruits of this tree. But because this is not about the physical reality of the physical sense therefore cutting is also not physical. Here cutting means dropping the sense of reality about unreal. It is only possible by Vairagya (renunciation).