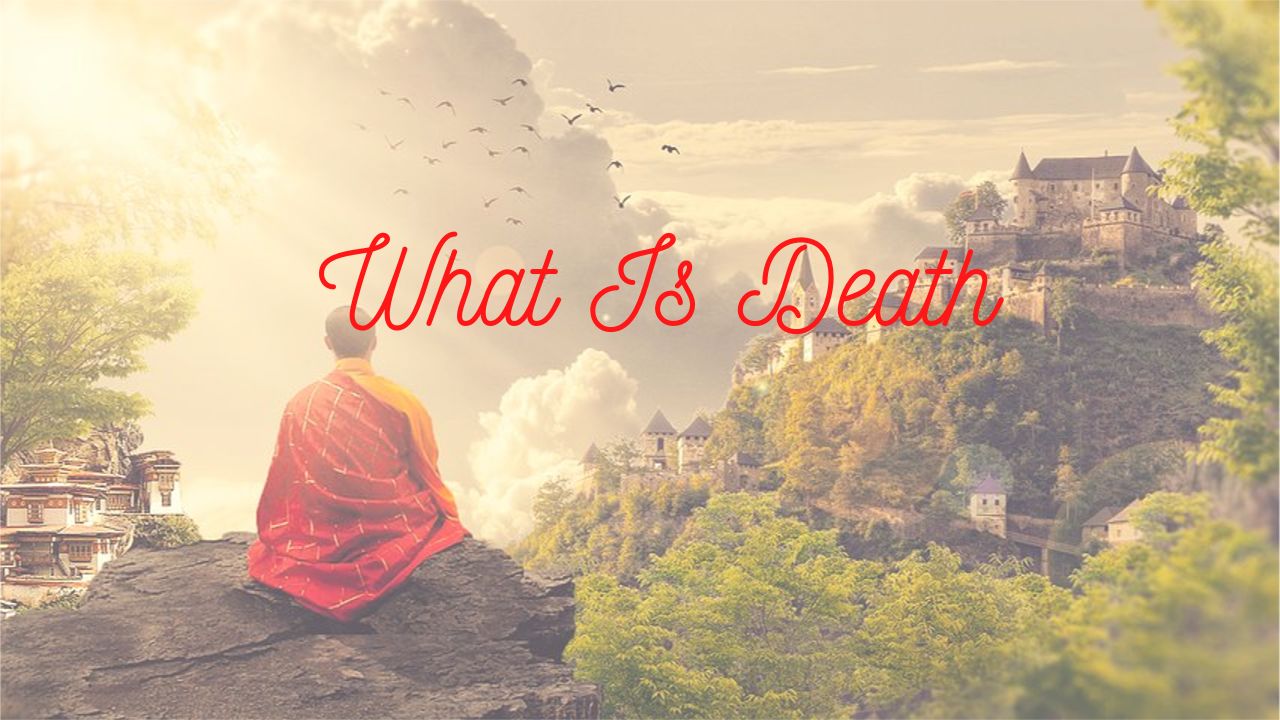 Death cannot be understood
without dwelling on the term called life.

In a sentence, we have a noun and verbs.
Without a verb can you compose a meaningful sentence?
Think about a sentence full of verbs without nouns!

Without nouns about whom you are talking about?
The names of the objects around are nouns.
Their actions are verbs.

Can life be ever dead?
Can dead ever be life?
Dead is always dead.
Life is always life.

How do we perceive that life is dead?
Because that is not physically
available before us to play or interact?

If technology digitizes your body and mind
and after your death your great-grandchildren
reconstruct you fully from the technology
and communicate with you in that new avatar that is life or not?
Is this avatar the same life who died many years ago or different?

What takes birth, grows, deteriorates,
becomes old, and die is a body.
With life inside the body, all these verbs
or processes or play happens in the noun, body.

A noun is a noun. A verb is a verb.
Both are important simultaneously.
Death is like a noun, it is fixed and unchanging.
Life is like verb gives an impression that objects are moving.

The verb can be moved
from one sentence to another
wherever they go makes sentences meaningful.

Life is like that it moves from one place to another.
One body to another in whatever body it goes
it makes that living.
But it doesn’t mean mud has become life.
It is an illusion.

Because of our sensory perceptions,
we get deceived by the nature.
Like we are every day getting an illusion
that we are on a fixed plane called earth.
Rise of the sun, blue sky, etc many illusions
happening around and we think it is the reality.
We think it is fact.
Death is not a fact but a conclusion of the human mind
because of an illusion of his own perception.

So don’t ask the question, what happens after death?
Where were we before birth?
Both are wrong questions.

If someone asks where were I before my birth.
That is a more sensible question.
But the answer to that is
without your physical body, you lived like darkness
which is everywhere and not a particular place.

Light is a limited identity.
It comes into existence and goes off.
Darkness is natural in the cosmos, wide, and omnipresent.
Wherever darkness fails to go dark is always there.