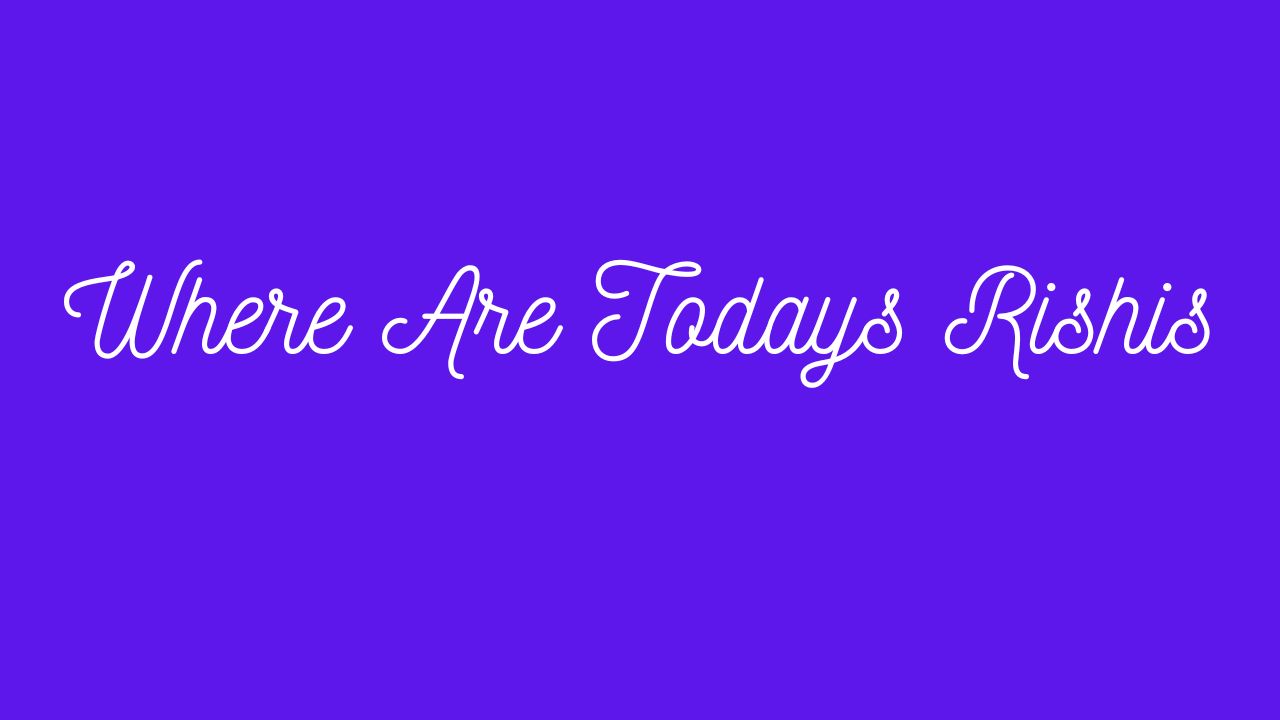 Where Are Todays Rishis

All Sciences, particle physics, and quantum physics
in particular, tells us some truth of this cosmos.
But they also tell us,
it is too complex to understand
but we are still trying
with thousands of brilliant minds and
hundreds of supercomputers, internet, AI and
investment of many billion dollars.

Spiritual, philosophical, and “darshan” texts
(not religious or historical texts)
also tells us some truth of the cosmos.

Scientists are still trying
to understand and explain.
Do you think the work of Rishis,
philosophers is over?

They tried to explain their subjective truth
using entertaining stories and
finally said language is the biggest barrier,
so experience it on your own.

Now when people go for an experience
they do not have anything else
other than the characters of those stories.

As long characters are working
so long is good but,
when people have problems and
story characters are not able
to solve their problems
they say all stories are mythological
there is no truth and no help available.

But Rishi knew that
characters are created by them
to explain which is not easy to understand.
So what are we telling now?
We are wiser and
we have figured out
which those Rishis couldn’t figure out?

Finally, where are Rishis of 21st century
who are trying to experience, understand and
explain this subjective truth.

It looks surrounding is full of
entertaining storytellers
who are repeating the same old stories?

It has some significance but
today’s generation is interested
in something which is more than stories but
they don’t have more time
than 5 seconds to read 140 characters.

Finally, there are very few serious workers and
taker of truth rest and is
fame, awards, recognition, designation,
marketing, sales, investment, and profits.

Do you think, you need to take forward
the torch, which was given to us by our Rishis?
Are you on the path of Rishis?