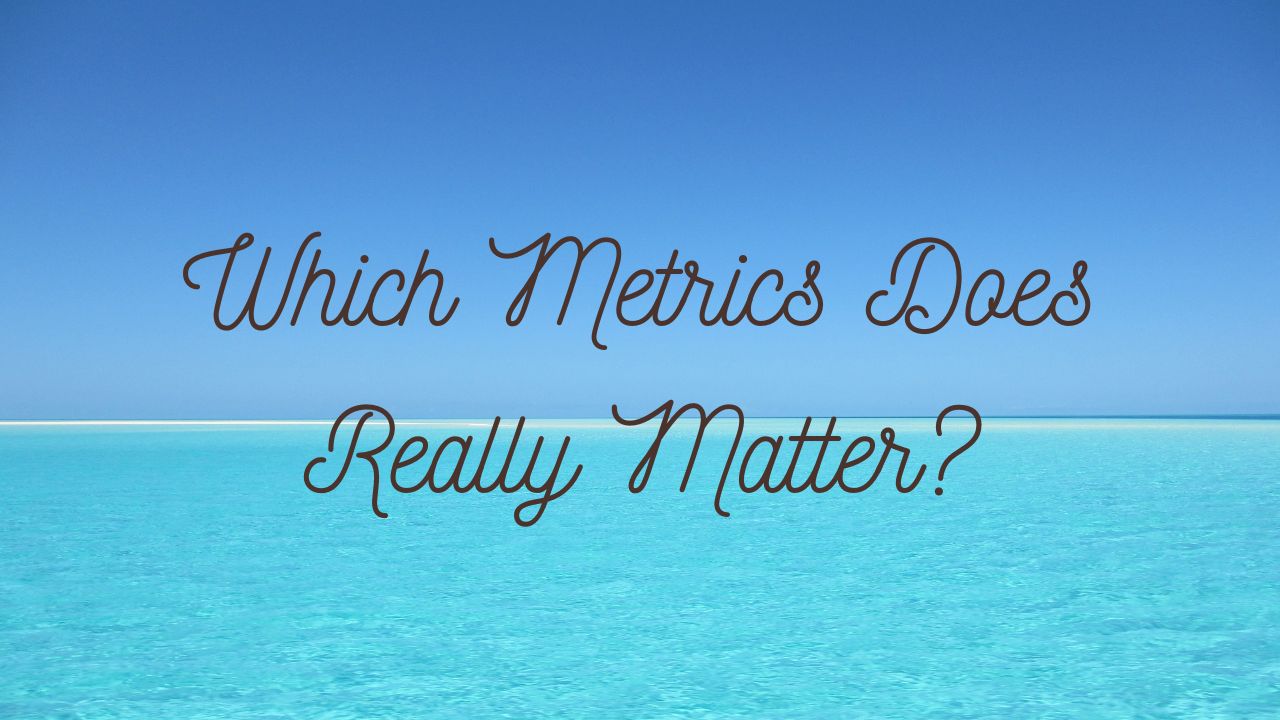 Which Metrics Does Really Matter?

Whether our general knowledge
or our value system
What we want to know or value looks something like this.

These are the metrics that are easy to count
Because lots of data is there
Commonly agreed formulas are there in place.

But tell me, in the life of an individual or common citizen
what is the use of learning this kind of metrics?

There is a tool called media analytics
There are people who get benefited
either by earning after doing so
or getting a name when this is done.

But we common citizens, reader
What we get out of it?
Except a desire to be something else.
Sometimes in ugly form, this is called motivation for others
Why I am saying ugly because you try to copy someone
and then end up saying its not my cup of tea
that person is really great
I am nothing before him.
Or we say without being corrupt
you cannot be successful like him.
I am not like that.

In this spirit, we forget to understand that
With a hammer, you cannot stitch cloths
It doesn’t mean hammer is bad
It only means it is being used for the wrong purpose
Every individual need to discover their own path
And travel that without copying
even closest person in your field of work

We should create metrics
To measures those characteristics of human,
And rewards the individuals for achieving those metrics.
Some metrics are like below

A person of the highest integrity.
A most peaceful selfless hardworking citizen.
A person with least or zero bank balance but huge impact creator.
A most loving person who can speak the truth on the face without fear.
A person who spends the most time with the unprivileged.
A person who created technology that improved the lives of millions of poor.
A person who inspired thousands of children to come of depression
and helped them to follow their own life and passion

The issues with this kind of award are
It is not easy to measure the said behavior
But we know, it matters a lot to all
The lazy human mind always jumps for low hanging fruits
Highest return on the lowest investment
And this applies to the domain of rewards and recognition as well

Tell me what will I get
If I remember the name of all influential,
rich and powerful people of this world?
Still, my struggle to earn my next bread is the same.
What are the important metrics of life

Someone said it inspires him!
Ask yourself, it really inspires or creates a vacuum,
which is later filled by undesirable emotions of a human?