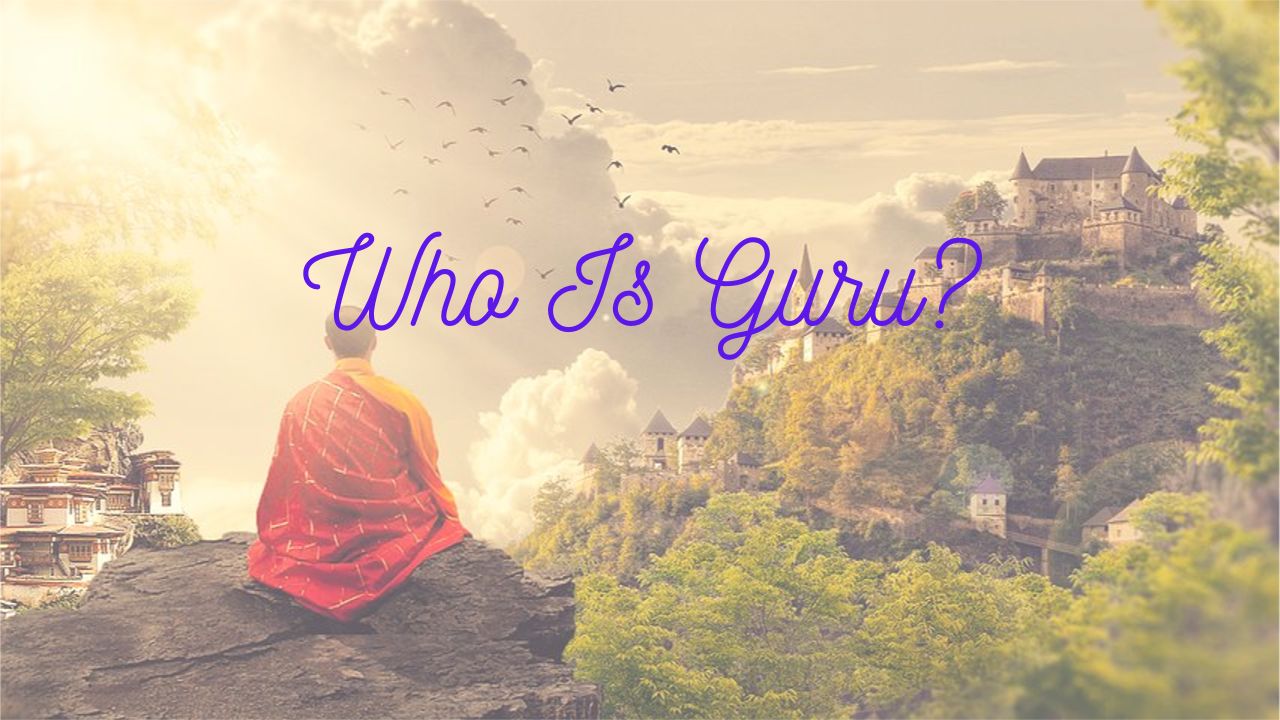 We all know the Samskrut definition of Guru
The remover of darkness.
But whose darkness?
How does he remove?
What is this darkness about?
What is the meaning of remove?

In Omkara Dharma tradition,
Knowledge & Wisdom has been so important
that from the time immemorial
Many people came forward.
At the time of leaving for the cause of Knowledge & Wisdom
Some of these people had comfortable life and some didn’t

But, one thing was common.
The concern for the humanity and selflessness
Selflessness means they didn’t start new journy
for their personal gain and glory

Concern for humanity means
Compassion, love, respect, forgiveness
is diminishing among the human of society
People in the society are becoming so
Self-centrist that whether this life or post death life
They just look for their comfort
That too at the cost of other around them
So, to bring the society to the
center of humanity

According to different Sampradaya
They say first Guru is Shiva or Vishnu or Brahma
Some wise people say they all are same
Some say they are different position
Some even say they are not proper noun
But common noun.

Either cabinet exercise or
new coming person will exercise that power
So, even if we keep people away,
To whom we worship
These powers are eternally there

From our ancient wisdom stories
We know that the powers and position
to create, maintain and destruct were
never filled by any individual
like Indra’s position was filled by powerful kings

From the wisdom He created the world
But even he is not Adi Guru
He is called Guru
That is why famous sloka
Guru Brhama, Guru Vishnu, Guru Devo Maheshwara

We don’t care whether Gandhi said or
Krishna said or Buddha said
We don’t care when it was said
We care and worship that
Who did enough Tapasya
And based on his wisdom
What he did versus what he said?

Whatever was done by him
whether that was inline with our Dharma or not.
Whether based on the need of time
that was contextualized or not
That was important for us

Some people try but refer to some old book
so many times that public start feeling
why are you going so much back in 21st century
It is not about the respect, but about the connect.

We need to understand people in Omkara Dharama
At any point of time never bothered about
What is written in book.
We were never book driven society
Tradition of writing came very late.

When knowledge base was getting lost
Because people were dying and
entire chain of knowledge getting wiped out
So, we understood the importance of documenting

Otherwise, we were very practical
We always question.
What is there for me if I do that?
Then what is there for my people, my tradition and my Rastra?
If you tell them it is written in such a such book
Such sloka and such page they will laugh at you

Since few centuries, our mind has been conditioned
Because of western education & western influence
All the time referring to people.
Who said what, and what is written in which Holi book,
which chapter and which page number

That is why, today when we share quote
We mentions, who said that,
As if it copy right problem or
they know that they do not have courage to say that
or practice that and people will laugh
so it is better to use name of some Holi book
or some great philosopher or scientist

Have you ever seen great Upanishad text
being referred which Rishi said that?
Either people do not remember what is written there
Or they do not remember who said what
Or people have read so much English text
that they feel filled and enlightened

Did society accepted them?
You ask yourself,
did Rama, Krishna, Buddha, Mahavira, Kabira,
Mirabai, Vivekananda or any Guru lived a unopposed life?
Never ever! when they lived they had
enough opponent to keep them on toe

They struggled enough but never
Deviated from their path
We worship them not as individual
But as Guru-Satta, Dharma-Satta

Because of their efforts and sacrifice
We are here today in 21st century, as a thriving civilization
Otherwise we could have been finished thousand years back

Where are original habitat of America, Europe, Africa?
They all are killed, finished!
Where is their knowledge system?
All digested by ruler and new religion!
Why? Because these societies had great people & great minds
But they couldn’t produce Guru

A person who is punching bag of the society.
When a guru lives
He gets punch from his family members
his friends, pupils, opponents, society
And in today’s time even from media

In today’s time our mind is conditioned that
Guru is Godman, he gets power from god
Therefore he should not do business
Should not indulge in politics
Should not do social reforms
Should not live in society
They should live in forest like some ancient people
This is all media coined definitions & expectations from Gurus

This all is being pushed upon us by self-interested western forces
If we have concern for society and Rastra
Then we should be very careful
About such interpretation
That what Guru should do and what not
We are not frozen society
who will follow what is written in Holi books.

We do what is needed
That is the why Guru becomes punching bag of the society
If they start following Holi books word by word
and Remain cut from everything
and let the society, politics and business
go to the dogs then western interest group will be happy,
because they get opportunity to fill the space.

We should never ever be prejudice about the people
Look what they are doing
Look what we are doing
Can we renounce and become punching bag like them?
Can we help them?

It is about taking society forward
Keeping them alive at the cost of a life called Guru
Don’t speak against the tradition of Guru Shishya Parmpara
It has given us our identity
But at the same time we need to understand
That Guru is not a person
It is not a proper noun, It is a common noun
Who ever fill that space becomes Guru
Ask yourself, who fills that space in your life.

If you find none then
Either you are the greatest of all time
Or a selfish of height
Or an ignorant about contribution of others
Or an arrogant or a commentary maker
Or an ungrateful for the lifes of past and present
who have given you opportunity to breath
in today’s vibrant democracy
In all cases you have to think,
what is missing in me,
which made me like this.