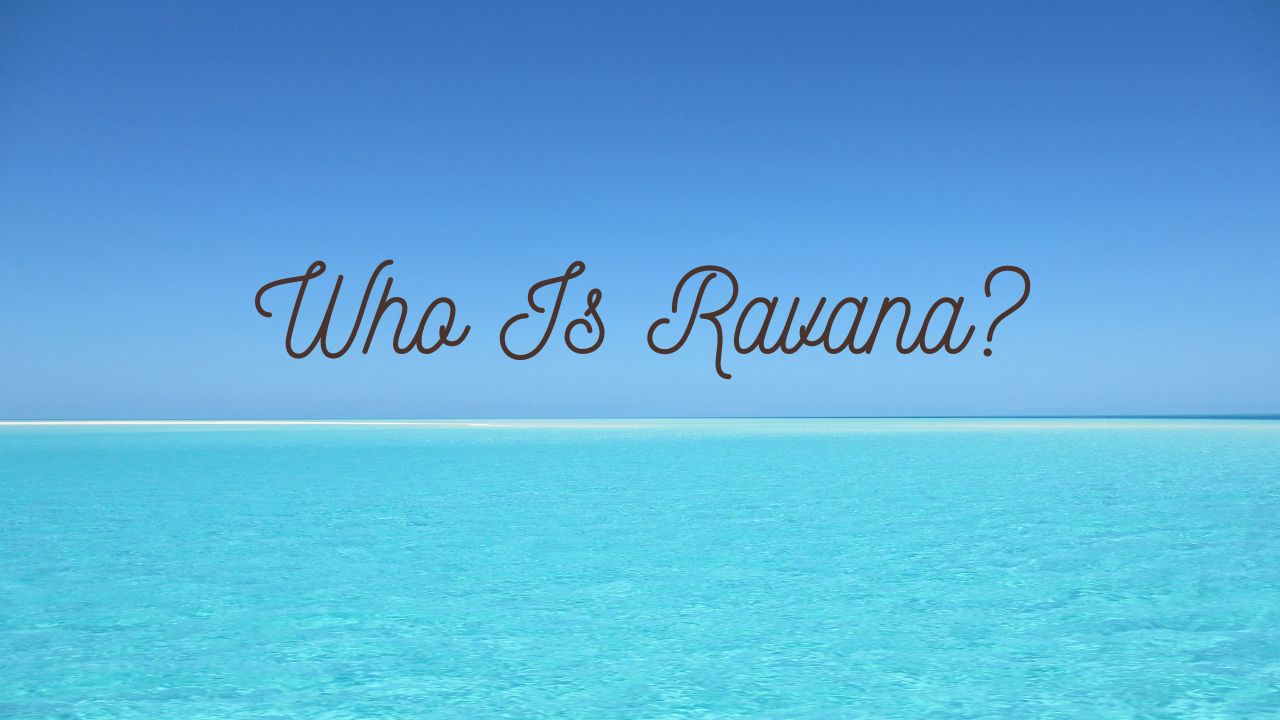 Pratibimba asked Raavan,
Why are you so arrogant, selfish, angry young men
which caused you to do whatever you have done?
I heard you are Brahmin of Treta Yuga
Who knows all the Vedas, Jyothisha, Ayurveda, War sciences, Upanishads,
knows good and bad conduct
knows good and bad policy.

Even after knowing all this
You supported the wrong people,
You did all which was controversial
And for that, you got punished
And your name is so infamous that
even after many millennia no family chooses
the name of their child after your name.

Raavana said, what you read in Ramayana is Raamleela.
It means the play of Rama.
If it is His play he can play the way he wants.
I am just a side hero of that play.
You made me a villain.

Ram is the Great of course,
but highlighting my wrong actions
Ramayana again heightened the virtues of Rama.
So, Rama’s good deed makes him great
but my bad made him the greatest.

Whatever happened in my life,
For me, it was not Leela
For me, it was real life
My study, struggle, desires, fight and result of fights,
Win and lose all were real for me.

But in the 21st century when I see back
I feel that I have been used in the Leela.
Used to show what all was wrong with me
As if I was nothing but wrong.

I am a typical guy in North India
I am a resident of Meerut
I am an ambitious, hardworking, devotee of the Shiva
I am Brahmin and worked hard to achieve what I had
Nobody has given me on my plate.

In my life, I have done right and wrong as per the society
I never realized it is so wrong
Nor got opportunity to think and
reflect my deed in a respectful way.

In Treta yuga, they tried to outcast me
and in Kalyuga you tried to outcast me
That is why south Indian politicians have caught me
And leveled me a Dravidian
And you couldn’t have courage
to stop and save me from them
You thought anyway Raavana is bad
so let him be taken by anyone whoever wants to take him.

This way I was wrong in Treta Yuga
and I was wronged in Kal-Yuga
And today again because of no fault of mine
I have become part of the dirty politics of the Bharat.

I thought at least after my death
I will be able to unite my Sanatana Dharma
but even after my death
When I have known my truth
You people are playing Leela on my dead
You are not allowing my bad to die permanently.

I am part of Sanathan Dharma
where Jeeva takes infinite birth
do infinite karma in those births
But was never thrown in the eternal hell
or heaven for the Karma of one life
And in one of those countless birth
finally, one day I become one with the Cosmic being.
But you are pulling me back again and again.

If I am given a second opportunity to correct and
to relive life then nobody can play with me
I will be in control of my emotions, desires, anger
I will be able to use these for my benefits and
for the benefit of people around me

In the last many years I have learned
how badly the world sees you
if you get played wrong by someone
Or if you become part of some other person’s Leela.

If I have to relive again.
The name of the play will be Raavan Leela.
And it will not be any less adorable & inspiring
than Ramleela of Balmiki Ramayana

But in Kalyuga who will write and appreciate
that kind of Raavanleela for me
Because in 21st Century people
of north, south, east, west
are busy blaming Rama and making him a villain
But I know I was wrong and He was right.

Today when I am feeling to relive a life of Rama
You are not giving me an opportunity
Because you are singing the glory of that Ravana
Which I knew was not on the path of Dharma.

The time was over, Raavana vaporized in the air before Pratibimba
Pratibimba still thinking about what has gone wrong with our society
That Dharma looks Adharma
and Adharma looks Dharma
People in the society in the name of Dharma
arguing in the favor of Adharma
And this they call freedom of speech.