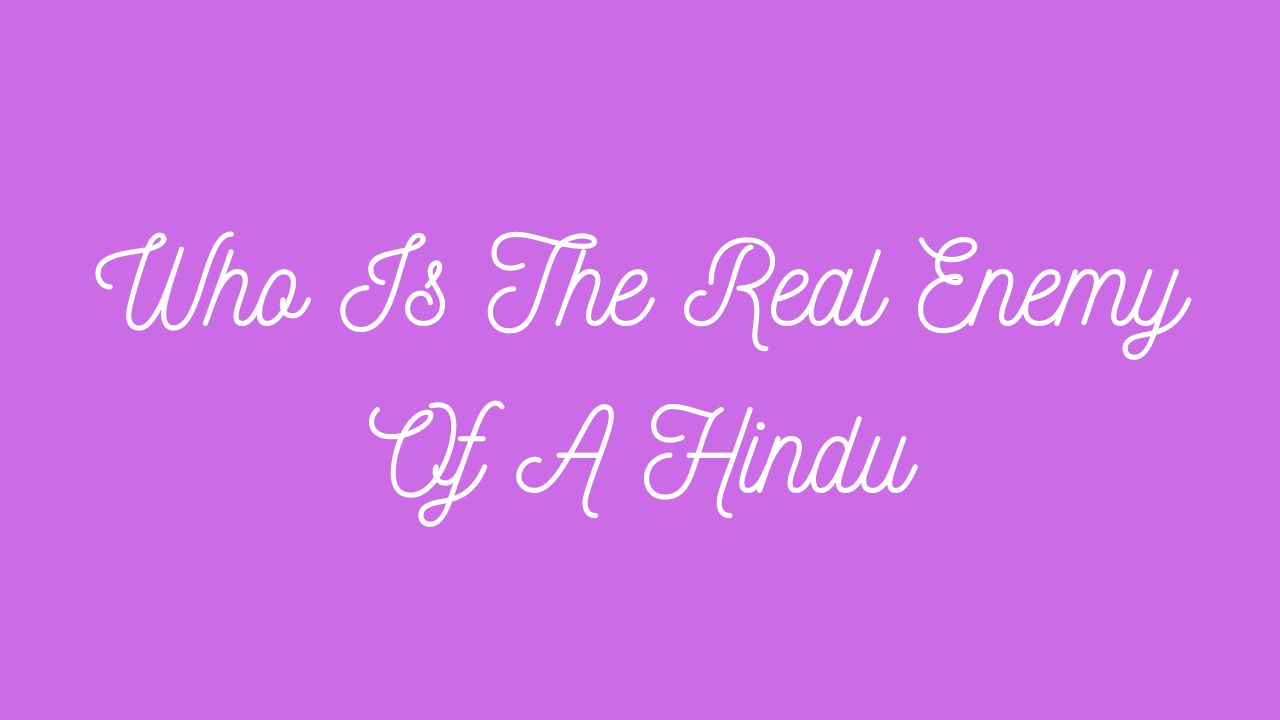 Who Is The Real Enemy Of A Hindu

All the old religions and civilizations of the world like Unan, Rome, Egypt are crashed only Hindu, the oldest civilization, could dare to see the sun of 21 century. It is not because the Hindus have been a great fighter or defender but because of great knowledge and values in our Vedas and Upnishads and great saints who translated the same for us from time to time. Saints did this selflessly and people believed them blindly because of this selfless nature and the value which people saw in their teachings.

In the 21st century, Hindus and their religion will die if we do not return to Vedas or Upnishads. I do not spend time reading and understanding those. Scripture will not die, other religions will be created from those and existing will modify their interpretation in tune with Vedas and Upnishads without attributing the learning to the source. Hindus are not in danger because of any other religion. In fact, the time of barbaric behavior and imposing religion on others have gone. People are losing faith in this religion because of their sallow understanding, remaining busy in their bread earning job, doing useless rituals, visiting masked babas, visiting temples and making them a dirty place, giving money to temple and thinking that my job is over. How many of us, especially those who bother about the existence of the Hindu religion and the great teaching, really give time to read the Vedas, Upnishads, and realizing the truth through meditation.

In fact, today’s Hindus sing devotional songs on high speed, high volume senseless filmy songs, sings all the Aartis of all gods because of fear or many hopes from many gods, go to a temple to eat Prasad, go on pilgrimage to have great fun and enjoy a picnic. How can we save the Hindu civilization by these practices? In fact, we have become headless people with respect to Hindu practices. Besides all this we sometimes abuse our religion, sometimes appreciate others too much without seeing our values, sometimes blame other religions for our fall. We never have fallen so much in those 2000 years of attack, crusades, and missionaries as much we have fallen in the last 50 years.

Time to introspection for all the Hindus who want this great civilization should continue eternally as it is called Sanatana Dharma! We should behave like intellectuals and for that purpose return to Upnishads and Vedas. Start reading the translation of those done by our great sages or learn Sanskrit and meditation to do the same for yourself.